The Home of Wiley and Mallory Cash 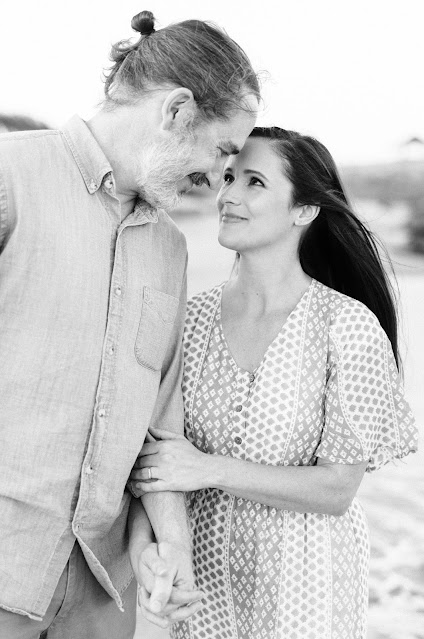 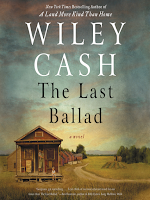 Wiley Cash is the New York Times bestselling author of the novels The Last Ballad, A Land More Kind than Home, and This Dark Road to Mercy. The founder of the Open Canon Book Club and co-founder of the Land More Kind Appalachian Artists Residency, he has been a fellow at the MacDowell Colony, Yaddo, and the Weymouth Center. He serves as the writer-in-residence at the University of North Carolina-Asheville and lives in North Carolina with his wife, photographer Mallory Cash, and their two daughters.
Here is the official description of my blog: "ARC looks behind the book jacket description of what the book is about to find out more of who the author really is. You'll discover fascinating personality traits about the writer and sometimes get a tour of their homes!"
Every once in a while I feel the urge to fulfill that second half of the description. After all, of all my posts, the tour of Nevada Barr's home is still the most popular!
Wiley happily agreed to show us around his beautiful new home that he shares with his amazing professional photographer wife Mallory Cash and their two beloved daughters. We also get to see some of their extraordinary collection of artwork.
Here's what the man had to say:

"About a year ago, my family of four downsized from a 3,000 sq. ft. 4 bedroom/3 bath house to a 1,200 sq. ft. 3 bedroom/1 bath cottage. Our lives had become too sprawling and cluttered, and we weren’t making good use of our space or our time together. My wife and I decided that we needed a major change. We couldn’t seem to control the amount of stuff – toys, books, clothes – that we were taking in, so we figured that in downsizing our space we would be forced to downsize our things. A year later, it’s the best decision we’ve made as a family, but making the decision was the easy part. Parting with the stuff – even the stuff with no emotional attachment – was cumbersome and time consuming. To be honest, it was embarrassing to confront how many yard implements were in the garage and how many redundant tools were stacked on shelves by the hot water heater; how many old books we owned that we’d already read and how many toys and kids’ clothes were sitting around that our daughters did not need. Downsizing allowed us to see our stuff – the stuff that actually matters to us (namely art and books) – and one another so much more clearly.

When Jon asked me to share photos of our new home, I was hesitant at first because we’re still in the process of renovating it. The house was built in 1948, and we refinished the original hardwood floors, replaced all the windows, painted, and completely rewired the electrical. There’s more to do (especially with only one bathroom!), but we’ve settled in. We know where stuff goes. We literally have one junk drawer, and it’s not even that junky. 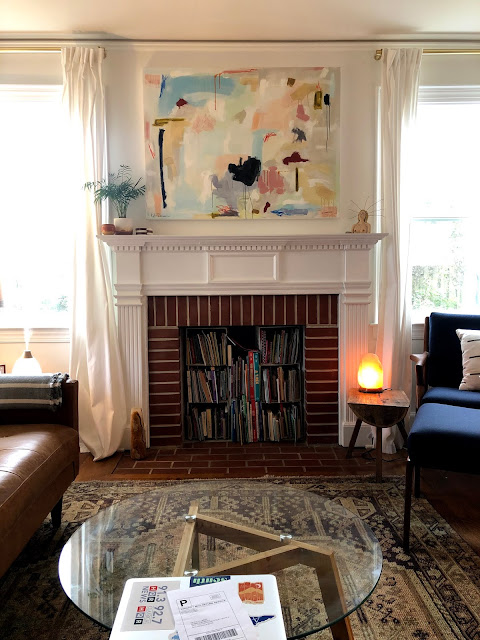 People have gushed over the books in the fireplace. Before anyone does that here, please know that those are all children’s books and we’d much rather have a working fireplace. The fireplace was built to burn coal, and it’s not deep enough for wood. We’ve considered installing gas logs, but that’s down the road. For now, it’s a good place to keep the books, and they’re well within the reach of our 6 and 4-year-old. The painting above the mantle is by a woman I’ve known since kindergarten back in my hometown of Gastonia, North Carolina. Her name is Kyle Robinson, and we have two of her paintings. 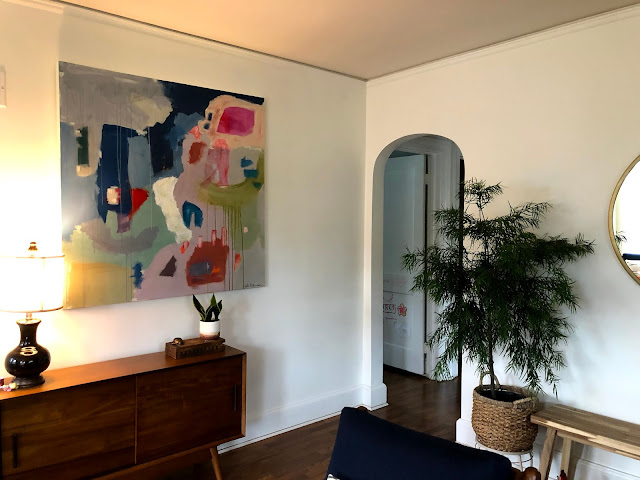 Another one hangs above the long table on the wall opposite the front door. In this picture you can see the door to our 6-year-old’s bedroom. She’s drawn all over it, as has her sister on the door to the right. 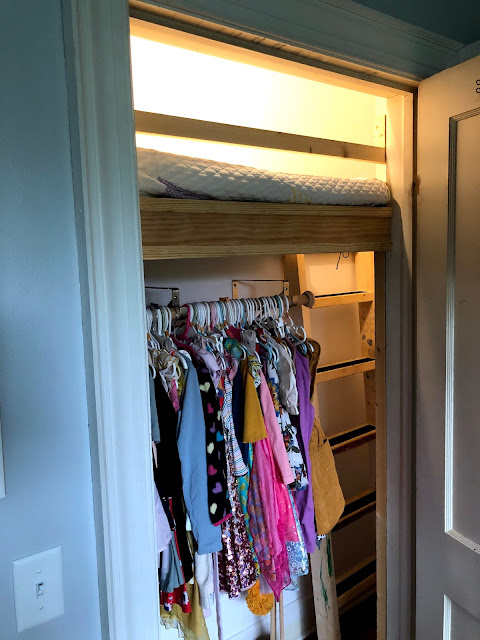 Speaking of our 6-year-old, she wasn’t very excited about moving to our new home. It didn’t have stairs or a playroom, and there was only one bathroom, and she had been the first baby born in our previous neighborhood (our home was the fifth house built after the neighborhood was developed). I promised her that if we moved, I would build a loft in her closet. That is literally the first thing I did before we moved in. It’s her secret space. Don’t worry, her little sister wasn’t left out. She’s a little too young for a loft, but she has a teepee style tent that hangs from the ceiling. We took the mattress out of her old crib and put it through the tent’s doorway, and now she sleeps inside the tent every night. 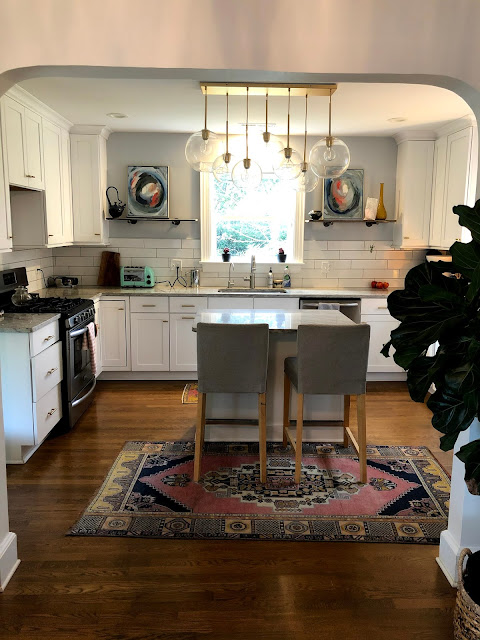 From this vantage point, you’d be standing in the middle of our dining room and looking into the kitchen. The kitchen had been renovated just before we purchased the house. The two paintings on either side of the window are by Brevard, North Carolina’s Shannon Whitworth, who’s also an incredible singer/songwriter. The rug under the barstools (and most of the rugs in the house) is from a local antique store called Zartiques. 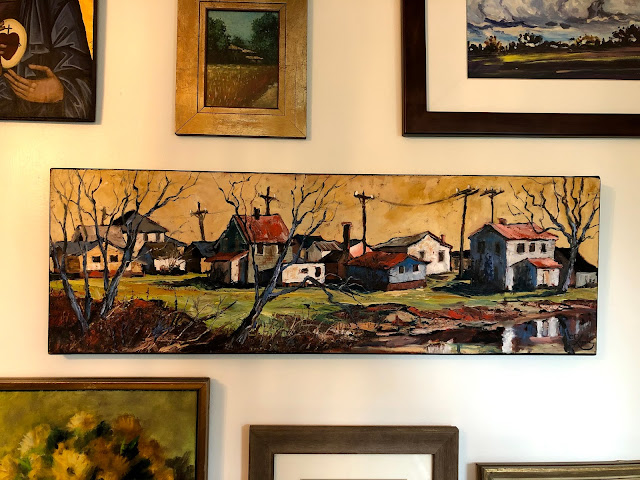 This painting also hangs on a wall in our dining room. It is by a Greensboro, North Carolina, painter named Connie Logan. My brother-in-law and his now-wife had their engagement party in Logan’s studio, and all night my wife and I were eyeing this painting because it reminded us of West Virginia, where we were living at the time. At the end of the evening, we asked Logan about the painting, and she told us she had painted a small town in West Virginia that she spotted once while driving north. It seemed made to be, so we purchased the painting and hung in our home in West Virginia until we moved back to North Carolina. 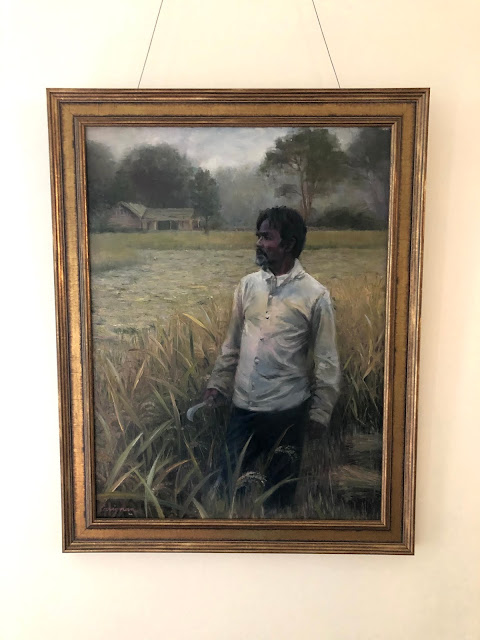 This painting also hangs in our dining room. It’s by a local artist named Todd Carignan. We saw it when he had a show at the gallery at WHQR, our local NPR station. Carignan painted it and many others during a long trip to India. When I saw the man’s face and posture, it reminded me of how I felt at the time: overworked and weary, but also proud of the work I was doing. I’ve never mentioned my initial response to the painting to our daughters, but for some reason they think the painting is of me. I wish my beard and hair were still that dark. 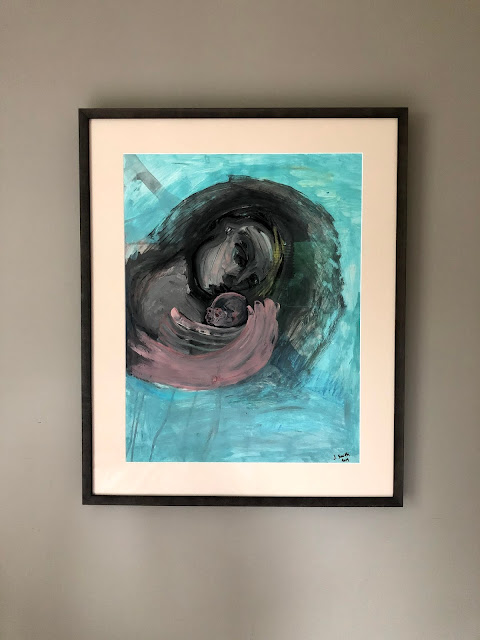 This painting hangs on the wall in our bedroom. It’s by an Irish painter named Jennifer Smith, who actually lives in Scandinavia. My wife was pregnant with our first daughter when she saw it, and she fell in love with it immediately. I love how the mother’s arms curl around the baby and how the baby nestles into the mother’s body. I see the baby’s left hand reaching out toward the mother, but my wife sees that as the mother’s other arm encircling the child. I’ve seen our children reach for my wife a million times in just this way, so that’s probably what I’m reading into the painting. 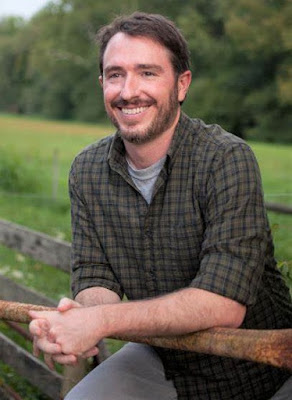 Wiley's "To Be Read" Pile 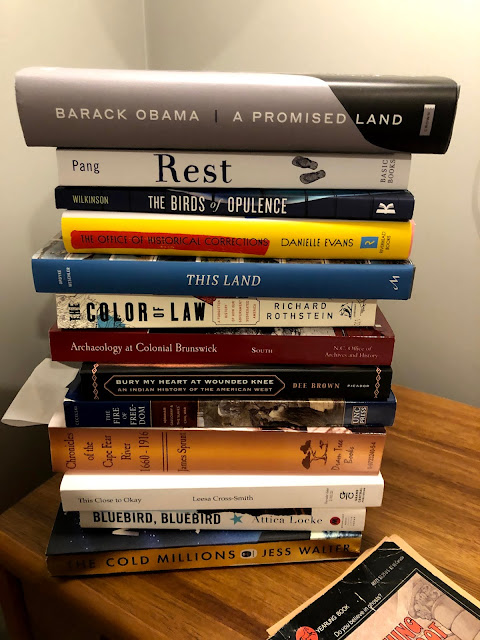 How could I not include this? The books are never stacked this way. They’re usually much more cluttered or hidden beneath the bedside table on the floor. Starting at the top, my former president and personal hero released a new book today, so I’ll be beginning Barack Obama’s A Promised Land tonight.

Beneath that is Alex Soojung-Kim Pang’s Rest, a book that argues that resting is the other – and perhaps more important – half of working.

I’m rereading the beloved The Birds of Opulence by my friend Crystal Wilkinson because, to my great honor, the Kentucky Humanities has chosen the novel for the 2021 Kentucky Reads selection, and they’ve asked me to write an essay and formulate discussion questions for the book. Birds was the inaugural selection of the Open Canon Book Club way back in August 2018, and it’s one of the most pitch-perfect and resonant books I’ve ever read.

Danielle Evans’s new book The Office of Historical Corrections just arrived in the mail, and I’m looking forward to rereading a few of the stories that stood out to me when I read the book to offer a blurb last year. I love Danielle. Everyone who knows her loves her.

Beneath that is a gorgeous art book by David Opdyke titled This Land. In it, Opdyke uses vintage postcards to show us the realities that await us if climate change is not addressed. He alters the postcards with painting, collage and other methods: fires burn the ridges in bucolic mountain scenes; oceanside highways full of beautiful people in cars are underwater. It’s beautiful, terrifying work.

The next several books are all research for the novel I am about to begin, so I can’t really talk about that or those.

This Close to Okay is a galley by Leese-Cross Smith, another Kentucky writer whose work I really admire. I’m honored to have been asked to contribute a blurb. Beneath that is Bluebird, Bluebird by Attica Locke. It’s fantastic, and it’s also the October selection of Open Canon.

Finally, on the bottom, is my friend Jess Walter’s new novel The Cold Millions. Jess is a generous, imaginative, and powerful writer, and he’s also an incredibly fine human being. 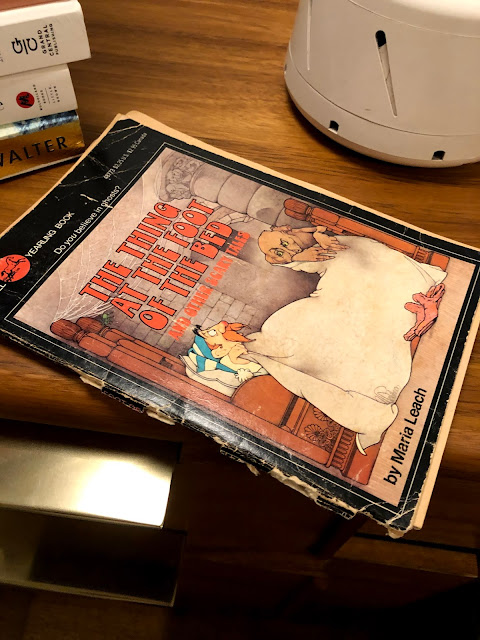 The Thing at the Foot of the Bed: Do y’all remember this book? I can remember buying it at a book fair in elementary school. This is actually my original copy. Sometimes our daughters will pile into bed, and I’ll read a couple of the stories. Some of them are funny; some of them are scary; all of them are just as good as I remember them being when I was a kid."

Thanks Wiley for letting us take a peek into your home and thoughts, you certainly do have a beautiful home. I also love your taste in reading, too!

Oh, do you make those closet lofts for friends? I'd love to have one.😊 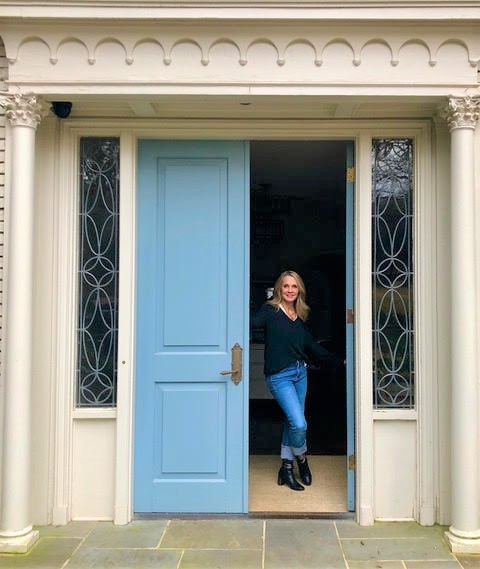 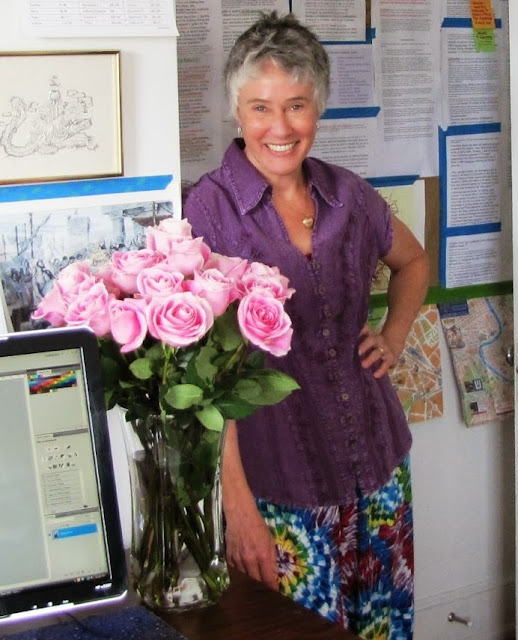